Arabella von Arx is a New York based writer with a particular interest in the arts and women’s issues. During her career in media, film production took her to Mosfilm Studios in Moscow, to London, to Cannes, Paris, and even the Catskills. She had the good fortune of working along some actors she has admired for many years, Faye Dunaway, Matthew Broderick, Glenn Close, Holly Hunter, and more, for Bravo’s the Actors’ Studio. As she moved away from production, she was invited to work as the executive director of IQ, an international organization of producers from 2012 to 2015. Throughout her career, she has written in various genres: art and theater reviews, articles for Riot Material, Le Temps (Le Monde groupe), short stories published in France, script treatments, as her passion is with exploring the limits of formats and styles. She is the founder of Gallery Particulier, which aims at sidestepping the art system by exhibiting works directly in people’s homes. This enables connections between artists and people better than the narrowing world of traditional galleries and museums. 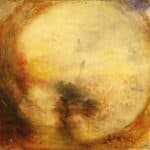