Casey Bush is a Portland poet whose eighth collection “Student of Hippocampus” was published by Last Word Press in 2018 (Olympia, WA). Novelist/screenwriter Jon Raymond has written about that book: “These are poems that arise bearded and barefoot from the raw American earth.  They are by turns sacred, profane, political, gnomic and free.”   His poetry has been featured most recently in Pacific Poetry, North Coast Squid, Unlikely Stories, Caliban, The Inflectionist Review, Poeming Pigeon, and Otoliths. Casey has received three awards from the Chess Journalists of America and is the author of the biography “Grandmaster from Oregon: The Life and Games of Arthur Dake” (Portland Chess Press, 1991). 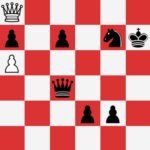