Charles Upton, 73, was born in San Francisco, and lived most of his life in Marin County, California. He is an American Sufi Muslim, author of 13 books on metaphysics and spirituality, including “metaphysics and social criticism,” 4 of poetry, and 3 on Islam. He was raised Catholic in an essentially pre-Vatican II Church, his only formal schooling being Catholic School from kindergarten through high school. He participated in the “spiritual revolution” and peace movements of the 1960’s and 70’s, investigated kundalini yoga, siddha-yoga, neo-shamanism (so called), the Philippine psychic surgeons, and Tibetan Buddhism, and became a protégé of Beat Generation poet Lew Welch; in the 1980’s he joined the Sanctuary Movement for Central American Refugees as elder of a small Presbyterian church, thereby becoming briefly associated with the American Left, Also in the 80’s he took a “tour of duty” through the New Age movement, participating in citizen diplomacy with the Soviet Union in partnership with the New Age group Global Family during the glasnost years. Soon afterwards he became associated with the Traditionalist/Perennialist School founded by René Guénon and headed in the English-speaking world by Frithjof Schuon, eventually becoming a recognized writer of that School. In 1988 he converted to Islam and was received into the Nimatullahi Sufi Order under Dr. Javad Nurbakhsh; in 2010, after Nurbakhsh’s death, he maintained his connection with Sufism by taking ba’yat with a lesser-known silsila of the ‘Alawiyya Tariqa, with which Frithjof Schuon has been associated. In 2013 he conceived the Covenants Initiative, based on the groundbreaking book The Covenants of the Prophet Muhammad with the Christians of the World by John Andrew Morrow, which has since become an international peace movement in the Muslim world. He is presently Executive Director of the Covenants of the Prophet Foundation. He now resides with his wife Jennifer Doane Upton, a poet and author of two books on Dante, in Lexington, Kentucky. http://charles-upton.com 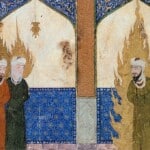 The Metaphysical Dilemma of Lew Welch