Robert McKean’s novel Mending What Is Broken will be published in 2023 (Livingston Press). His short story collection I’ll Be Here for You: Diary of a Town was awarded first-prize in the Tartts First Fiction competition and published in 2020 (Livingston Press). His novel The Catalog of Crooked Thoughts was awarded first-prize in the Methodist University Longleaf Press Novel Contest and was published, January 2017. The novel was also named a Finalist for the 2018 Eric Hoffer Award. He has had six stories nominated for Pushcart Prizes and one story for Best of the Net. He has published more than 20 stories in journals such as The Kenyon Review, The Chicago Review, Dublin Quarterly, Armchair/Shotgun, and elsewhere. He has been awarded a Massachusetts Artist’s Grant for his fiction. McKean’s website is: www.robmckean.com. 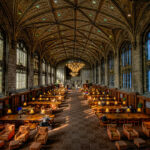 If I Am Out of My Mind, It’s All Right with Me: Lines to Someday Write